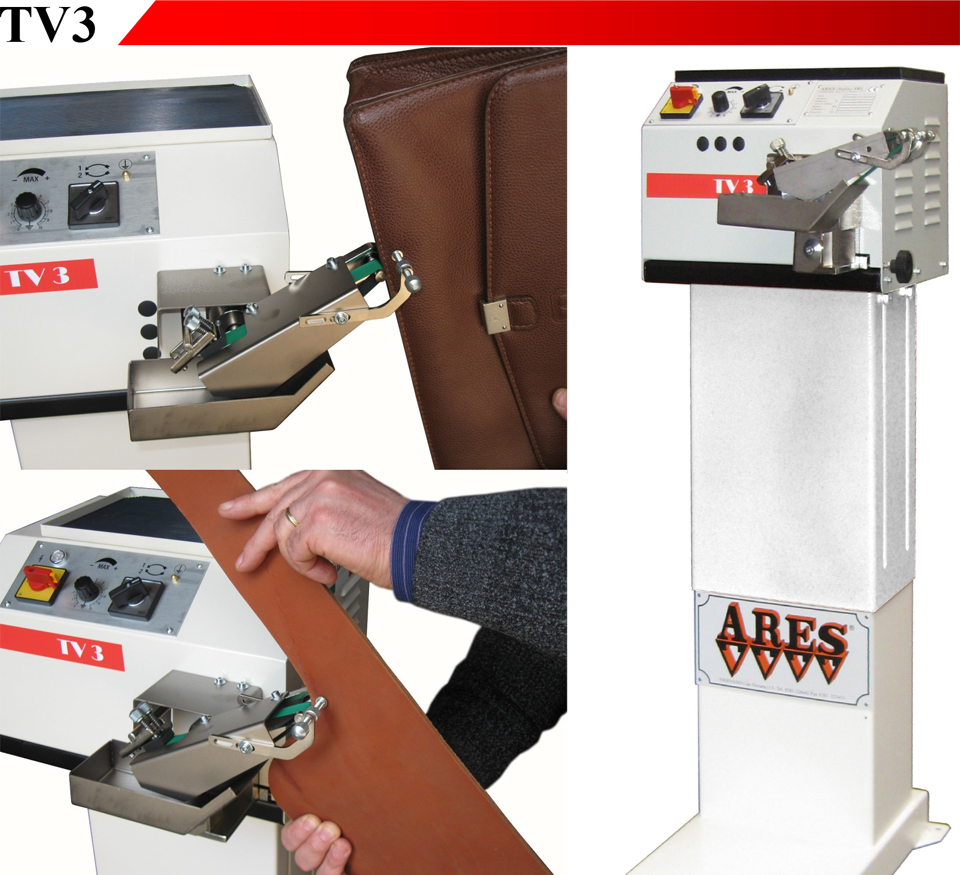 These machines are used in many leather-working sectors for dyeing the edges of bags, small cases, briefcases, saddlery, small leather goods, etc. They are also used in the footwear sector both for dyeing the edges of pre-trimmed soles, with or without welt attached, and of uppers, with the possibility of carrying out decorative scoring along the edges. The mod. 9326 and 9327 machines differ from the mod. 926 and 927 in that they may be used both in a vertical and horizontal working position thus allowing the operator to use them in the best way according to the dyeing operation to be carried out. The mod. 9327 machine is also particularly suitable for dyeing soles and large dimension items since it has a larger than standard dyeing roller (Ø45 mm.). Accident prevention safety devices according to the laws in force.